Virtual Private Networks (VPNs) are becoming increasingly popular as users are being bombarded by malware attacks and hacks in the online world. It's no wonder that, according to Statista, the VPN industry will exceed $30 billion this year. But what are VPNs, and how do they work? This blog will answer some of the most asked questions around them. 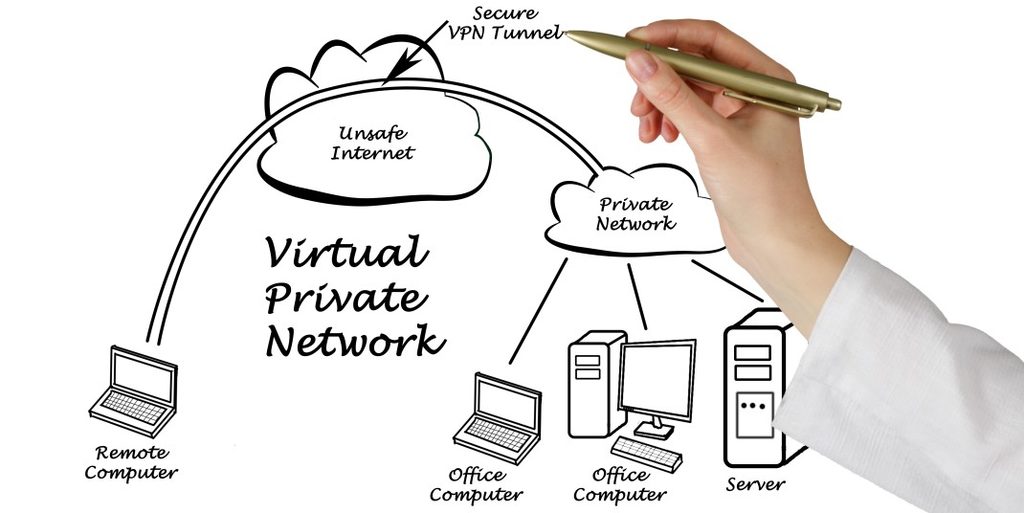 A Virtual Private Network is a special type of network which uses a virtual tunnel, allowing users to connect to a private server. It creates a much safer connection over a less secure network, such as the Internet. Once you have installed a VPN application on your device, all the data it sends and receives will be encrypted. This way, you can protect yourself from hackers and people who might want to track your browsing activity.

Virtual Private Networks are essential tools for many businesspeople, who use them to remain anonymous and safeguard their business' data when they need to connect to the company servers while traveling, for example. Companies use them to connect to remote business locations via the Internet. VPNs also provide a secure way for people to connect to IP cameras and monitor their homes or control smart home appliances remotely.

To set up a Virtual Private Network, you will need to install and run VPN client software, which is usually made available by the service provider, on your computer or mobile device. That software will then create an encrypted connection over the Internet to one of the provider's servers. Once the connection has been established, your device will have access to the Internet through the provider's private network.

2. What are the advantages of a VPN?

Concisely, a VPN is a safe way to connect to the Internet without worrying about hackers and snoopers, even when you are using public networks. There are two main benefits when it comes to Virtual Private Networks: privacy and censorship avoidance.

A Virtual Private Network is the best way to protect your data if you are working on public networks - the ones that are often available in coffee shops, airports, and hotels. It protects your privacy by hiding your IP address and encrypting the data you send and receive. Actually, the VPN service providers encrypt your data and send it through their servers, which are connected to the Internet. The data then reaches its destination, is decrypted, read, encrypted, and sent back to your device.

VPNs can also be used as an effective way of unblocking censorship in countries with strict Internet laws. By making use of a Virtual Private Network, can visit websites that you otherwise wouldn't be able to view, getting access to content that isn't available in your country.

3. What things must be considered when choosing a VPN?

There are many Virtual Private Network providers out there, so it's important to consider what you're looking for in a VPN. First of all, some of them are much faster than others. And certain providers have many more servers than others, making it easier to access specific online platforms. Some VPNs don't keep any logs of your data, a feature that can be a significant plus for many people. Others are a lot cheaper, and some of them will even offer a lifetime subscription for a modest fee.

A good VPN service will have high download and upload speeds, unlimited bandwidth, strong encryption, and a large selection of servers/locations to choose from. Next, you'll want to consider the type of software the VPN uses. Are your computer and mobile devices compatible with it? Most of the time, software will be easy to install and use, but sometimes you will discover that it can't be installed properly on your tablet, for example.

If you plan to use a VPN to access geo-locked content, it's important to get one that has plenty of servers in the region. And if your main goal is security, you should make sure that your provider uses strong encryption and secure protocols.

How many devices can connect to your VPN at the same time? Are there any bandwidth limitations or data caps? Is there a free trial or a money-back guarantee? Get the answers to these questions before deciding on a Virtual Private Network service. A good VPN provider should also have a solid reputation and a sizable clientele.

If you have read this article, you already know that today's Internet can be an insecure place, and many users feel like they're constantly under threat. The good news is that a VPN allows people to encrypt their data and send it through secure tunnels. This means that even if someone manages to intercept a user's data in transit, they won't be able to make sense of it.